Corona-Warn-App Version 1.9 to use version 2 of the Exposure Notification Framework

Deutsche Telekom and SAP's project team published a new version of the Corona-Warn-App which will be rolled out to all devices over the next 48 hours. Version 1.9 uses the updated version of the Exposure Notification Framework (ENF) provided by Apple and Google. The two companies have evolved the framework so that more precise pseudonymous information about encounters can be provided. 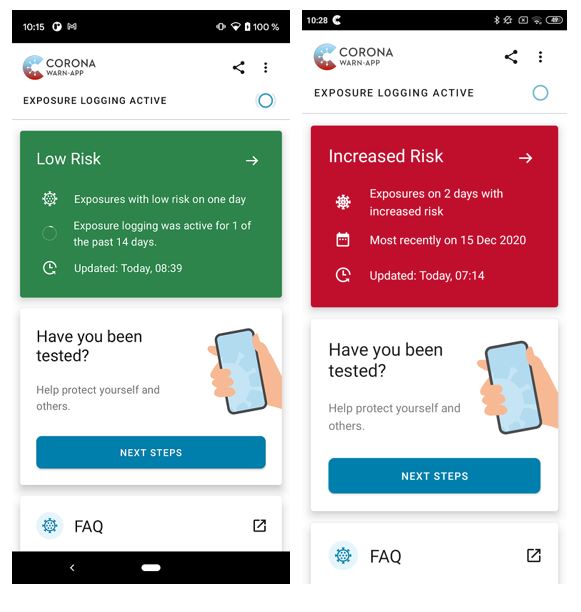 In addition, the process from scanning the QR code of a test result to sharing the diagnosis keys has been improved in order to encourage more users to share their diagnosis keys and warn others with their positive test result. The developers are working with Google and Apple to further improve and optimize this process.

Moreover, further improvements have been made in version 1.9. On iOS devices, for example, the Corona-Warn-App system files are cleaned up and deleted at shorter intervals, as the operating system released these files with a delay in the past.

As it was already the case for the previous version, this update will be delivered in a controlled rollout in the App Store and Google Play Store, since the Corona-Warn-App is being downloaded in large numbers. That means: The app is available to users in waves. This procedure is common for apps with such a wide reach. While users can manually trigger an update in Apple’s App Store, this option is not available in the Google Play Store. There, the Corona-Warn-App’s new version can be available up to 48 hours later.